Ilmi Umerov, deputy head of the Crimean Tatars’ semi-official Mejlis legislature before it was suspended by Moscow, was sentenced last month by a Russian court to two years in jail for separatism.

Ahtem Chiygoz, another Crimean Tatar leader, was sentenced at the same time to eight years for stirring anti-Russian protests.

“What everyone had been waiting for so long, has happened,” a defence lawyer for the Crimean Tatars, Nikolai Polozov, wrote on his Facebook page. “Two more hostages, two Ukrainian political prisoners have gained their freedom.”

There was no immediate confirmation of their release from Russian authorities.

The Tatars, a mainly Muslim Turkic community that makes up about 15 percent of Crimea’s population, have largely opposed Russian rule in the peninsula and say the 2014 annexation was illegal, a view supported by the West. They suffered mass deportation under Soviet dictator Josef Stalin.

“This is the result of Turkey’s talks with Russia with Ukraine’s participation,” he told Reuters.

“After Erdogan’s visit to Kiev, representatives of Russian competent bodies turned up at Umerov’s house in Crimea to agree the terms (of the release).”

Moscow says the overwhelming majority of Crimeans voted to join Russia in a proper and fair referendum.

Western governments and human rights groups had alleged the two Crimean Tatar leaders were imprisoned for speaking out against Russia’s annexation of Crimea, and pressed Moscow to release them.

Umerov’s supporters said at the time that the two-year jail term handed to him actually amounted to a death penalty for the elderly man who suffers from Parkinson’s disease.

A U.N. human rights report said last month that Russia had committed grave human rights violations in Crimea, including its imposition of citizenship and deporting of prisoners. Moscow said it deemed those allegations “groundless”. (Reporting by Jack Stubbs and Anton Zverev; Additional reporting by Pavel Polityuk in Kiev; Writing by Dmitry Solovyov and Christian Lowe; Editing by Christian Lowe) 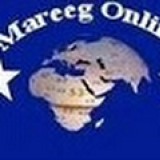