Mogadishu, 21 September 2020 – In early 2012, heavy fighting broke out in the historic coastal city of Marka, in the Lower Shabelle region, located about 90 kilometres south of Somalia’s capital city of Mogadishu. This was the start of one of the fiercest and longest feuds in the country, involving the Habargidir and Biyomaal sub-clans, the two main communities living there.

The fighting raged on for six years, uprooting thousands of people from their homes and farmlands, and leaving a trail of death and destruction in its wake, with some dozens of people believed to have been killed in the violence. The once prosperous port city and surrounding area plunged into chaos, poverty and anarchy.

It was a far cry from Marka’s earlier reputation for being a peaceful centre of lively commerce. 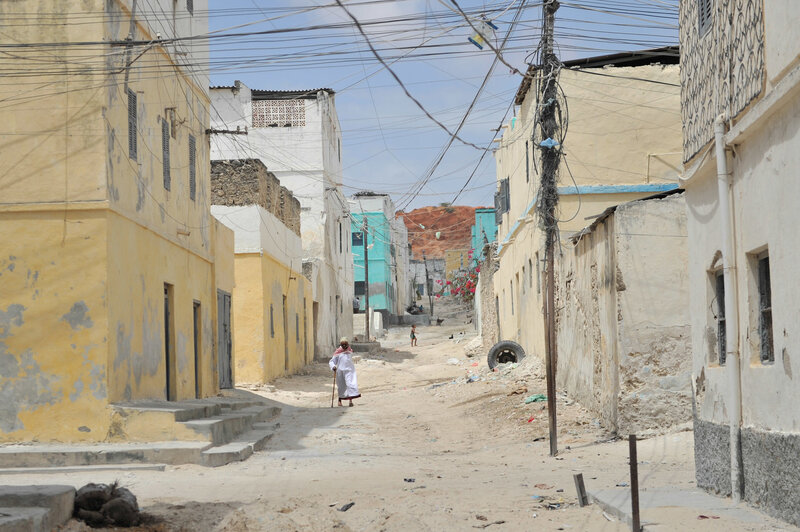 From harmony to war

Prior to the sub-clan conflict, and the overall civil war that ravaged the country, Marka was famous for producing and trading high-quality bananas, once Somalia’s main export. Huge banana and citrus plantations covered the area.

Suldan Ibrahim, the Biyomaal sub-clan chief, explains that the two sub-clans started to fight for control over the rich and productive swathes of agricultural land in the Lower Shabelle region, which is regarded as Somalia’s food basket and located in South West State.

“The Biyomaal believed that they were the owners of this land, and that the Habargidir had no right to live here,” he recalls, amid vivid memories of the horrors and suffering brought about by the conflict.

“Schools were closed as parents feared sending their children out,” he says. “Homes were deserted, and there were no medical facilities.”

Many people, including women and children, were forced to flee the area, fearing for their lives and property.

Berlin Abdullahi Mohamed, a resident of Marka turned peace activist, recounts women’s ordeals as well as some of the atrocities she witnessed. Her own losses include a niece, a young lady who had just given birth but was killed soon afterwards by a sniper’s bullet.

“As women of the Lower Shabelle region, we have gone through really tough times. We have lost our sons and husbands in these conflicts and wars,” she says. “There was an incident where a pregnant woman gave birth under a tree and bled to death due to lack of medical services.”

According to local elders, the situation worsened when the militant group Al-Shabaab took advantage of the ongoing dispute.

“Fighting broke out and lasted such a long time, and in between the two feuding sides was Al-Shabaab. They wanted to exploit the conflict and that added fuel to the fire,” explains Mr. Ibrahim.

Abdul Elmi Hassan, chairman of the Habargidir Council of Elders, concurs with the views expressed by the Biyomaal sub-clan chief.

“When the region was re-captured by the government,” he says, “Al-Shabaab was driven out – they tried to foment conflict between our two sub-clans.”

From war to dialogue

Gradually, over a few years of fighting, views on the conflict started to soften somewhat. Elders from both Habargidir and Biyomaal sub-clans were brought together by mutual friends, who asked a simple question: ‘Why are you fighting?’ It helped bring about change.

“We realized we were fighting over nothing. We agreed as elders to first reconcile amongst ourselves before trying to end the conflict. It became clear that there was no reason to kill each other, and we could amicably resolve the conflict through dialogue,” says Mr. Hassan of the Habargidir sub-clan.

In March 2017, the federal Ministry of Interior supported a more formal reconciliation initiative, meant to continue the dialogue and bring consensus. Habargidir and Biyomaal sub-clan elders, commanders and peace activists met at a Mogadishu hotel to find together ways to put an end to the hostilities.

“We agreed on three resolutions: a cessation of hostilities, the holding of a more inclusive peace conference in Marka with support of the federal Government and international partners, and integrating the sub-clan militias into the government forces,” Mr. Ibrahim recalls. 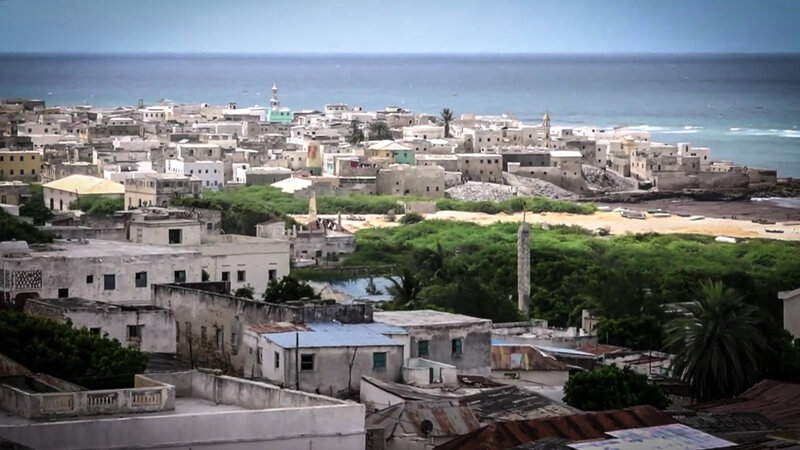 What followed was a months-long process of negotiations and arduous talks among like-minded elders, politicians, women and youth peace activists, and traders from both sub-clans.

It culminated with the Biyomaal and Habargidir, who had waged war against each other for almost a decade, burying the hatchet and actively deciding to live peacefully. On 26 March 2018, the dialogue process was concluded with a peace agreement, signed by elders from both sub-clans and backed by authorities from the Federal Government of Somalia and South West State, the United Nations and the international community.

The residents of Marka are now enjoying the dividends of peace. Life is back to normal: schools are open, business is booming, and people continue to return to the town. The city regained its status of one of Somalia’s most peaceful, thriving communities – and has served as an example that peace can be shaped by like-minded people, through dialogue.

“We reached a sweet peace deal in the Lower Shabelle region. Today, you will not hear the sound of a bullet being fired or see sub-clans fighting,” says Ms. Mohamed, the peace activist. “The people who fought against each other now live together, eating from the same plate.”

In his message for the Day, UN Secretary-General Antonio Guterres noted its call for for warring parties everywhere to lay down their weapons and work for harmony, adding, “As the COVID-19 pandemic continues to ravage the world, this call is more important than ever… Our world faces a common enemy: a deadly virus that is causing immense suffering, destroying livelihoods, contributing to international tensions and exacerbating already formidable peace and security challenges.”

Puntland traditional elders to be guarantors of any…