Mareeg.com-In the Horn of Africa and elsewhere the daily litany of human wrongs involving crimes of sexual abuse and domestic violence is both shocking and utterly depressing. As if these were not bad enough, matters are made worse by the seeming indifference of those who walk the corridors of responsibility. With each passing day news emerges of yet more appalling acts of depravity, one of the most recent tragedies being the killing of 19-year old Hamdi Mohamed Farah, who was gang raped and then thrown off a building in Mogadishu, Somalia. As if this were not bad enough, the vast majority of crimes that involve sexual assault and domestic violence go largely unreported. Whilst concrete evidence is hard to come by enough

is known to understand that the problem is widespread, and all too often not taken seriously by communities and multiple agencies.

A range of factors come in to play that compound the problem and these need to be taken into consideration by those endeavouring to address an issue that warrants far greater attention and resources. Firstly, there is anecdotal evidence that a sizeable amount of sexual abuse and genderbased violence takes place in a domestic setting, where the power dynamic is such that the victims feel that they must suffer in silence. Invariably individuals feel that they have no one to turn to, and that anyway they are unlikely to be believed if they do report abuse. The taboo and stigma around such violence is something that the perpetrators of such acts rely upon to continue their abuse. A family or community’s desire to protect its supposed goodname leads to a conspiracy of silence, thereby making them complicit in the violence. No one must underestimate the problematic nature of addressing activity of this nature, but the primary consideration should be about protecting the victim and safeguarding others who might fall prey to acts of sexual violence and domestic abuse.

Crimes of sexual violence and domestic abuse are universal and thus they require a sensitive, sophistricated and coordinated response. In the Horn of Africa there are some additional factors that come into play that further complicate matters:

The numbers of Internal Displaced Persons (IDS) means that family and tribal groups are often fragmented, and people dispersed. The very nature of an IDP’s fragile existence means that inviduals are extremely vulnerable in remote camps, or in situations where they are required to venture off in search of firewood and water. IDPs already receive precious little support from the state and are sometimes resented by local communities and thus are not well placed to access any support services should they exist. Many crimes such as rape go unreported and this exacerbates the problem.

Police Services are invariably seen as an instrument of the state, rather than a service designed to protect and help citizens. Precious few police have had even rudimentary training in regards to the specialist handling of crimes of a sexual nature or of domestic abuse, added to which is the fact that most police officers are male and many victims of such crime are ill at ease with the idea of talking to strangers, especially men, about delicate and distressing subjects.

The burden of proof is especially problematic in this area, with victims anxious that there suffering will be compounded by questioning and the shame that can result from efforts to pursue a legal route. Often the taken time from an alleged incident to possible reporting is delayed and this makes the retrival of possible forensic evidence extremely difficult. Furthermore, many police stations lack the technology and expertise to undertake a thorough investigation. For most people, the legal route is viewed as not only alien, but potentially one where the victim’s reputation will be impugned. Then of course there is the issue of cost and the the perrenial curse of corruption, with powerful men using their ‘power’ or ‘influence’ to have a case quashed and thrown out.

Elders and religious leaders are often completely lacking in empathy and in a patriachal society are often more concerned with maintaining the status quo rather than dealing with those who stand accused of carrying out sexual abuse and domestic violence.

In some instances, those perpetrating such crimes are members of Diaspora-based communities who carry out crimes during visits to the region. These individuals often have a special status and may be responsible for sending back remittances that creates a depency factor that further reduces the likelihood of families or communities speaking out.

A cultural of denial around domestic and familial abuse, and anything remotely connnected to homosexuality results in additional fear in talking about issues, and a fear of seismic ramifications for those involved. Deeply conservative societies are extremely reluctant to acknowledge that there are those who might seek to groom and prey on girls or boys.

No matter how uncomfortable these issues might be, the first duty must be to care for and protect those who have been the victims of sexual abuse and domestic violence, and to set in place processes that can help with safeguarding for others. Sadly, there will always be those who seek to exploit power dynamics whether these be in family situations, by returning members of the Dispora or even some NGO workers. Mechanisms need to be developed right across society to address the possibility of such criminality and to provide a safe and supportive environment for victims to speak out and be listened to without fear of ostracism or prosecution. There does remain a very real fear amongst many victims that they will be blamed for what happened to them. Many victims are minors, some come from minority or disadvantaged groups within society, and others already have certain disabilities or handicaps that have been exploited by their abuser. Moreover, victims often feel intense guilt and shame over what has happened and thus need the appropriate support and reassurance. All of us have a duty of care to ensure that robust safeguards are put in place, and that there is robust legislation that will ensure that perpetrators face the full force of the law.

No one should be under any illusion that at times uncomfortable truths will come to light, and that on occasions people of standing will be found to be deviants who blight the lives of others. What happened to Hamdi Mohamed Farah in Mogadishu should fill us with horror, disgust, and indignation; such strong emotions are all very well, but the question is what are we going to do about  things? How many more young women and girls are going to have to suffer and possibly be killed? How many more young and teenage boys are going to have their lives ruined by those who think that they can abuse them with impunity? We need to look deep into ourselves and our societies and endeavour to do so much more to safeguard and protect. Time, resources, and expertise needs to be given over to these issues.

Each state across the Horn of Africa would do well to set up a Commission to examine how processes can be improved, and safeguards enhanced. The police and judiciary require targeted training to help improve the success rates of prosecution in rape cases and the like. There is a very real likelihood that new laws will need to be enacted, and this will require far greater education and sensitisation of legilators. Schools, universities, places of worship etc. will need to be required to have Safeguarding Policies and clear mechanisms that can be used by those who may be the victims of abuse. Funds need to be set aside to deal with the physical and mental trauma of sexual abuse and domestic violence. No one should have to suffer in silence or live in fear. The advent of international travel and social media has added a whole new dimension to the way in which some abusers operate and seek to groom or demean victims and this means that states need to cooperate, share intelligence and best practice. Governments will be required to reach out internationally and ensure extradition treaties are in place in the event of suspected abusers endeavouring to avoid prosecution. Every effort be made to work with the likes of INTERPOL to ensure that criminals are apprehended and prosecuted.

Tragically many lives have already been ruined and lost, it behoves us all to do what we can to sustain interest in this topic and to ensure that steps are taken to tackle the scourge of sexual abuse and domestic violence across the Horn of Africa and beyond. 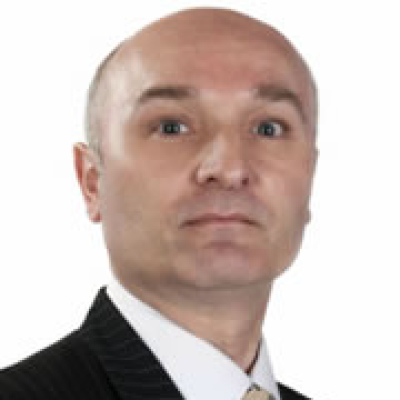 To counter Al Shabab, Somalia must do something for the kids