As a busy mother bringing up four children between the ages of 10 and 20, Deka Mohamud Dirie would seemingly not have too much time to engage in environmental activism. Some people even told her that a woman would be incapable of doing both.

However, those people soon changed their mind as Ms. Dirie carved out a place for environmental awareness in Puntland, in Somalia’s northeast.

Over the past two years, she has planted and grown close to 11,000 trees at her nursery in Garowe, the capital of the Federal Member State. Half of them have been distributed to remote areas and villages across the state, and the remaining half are ready to be distributed to suitable areas. 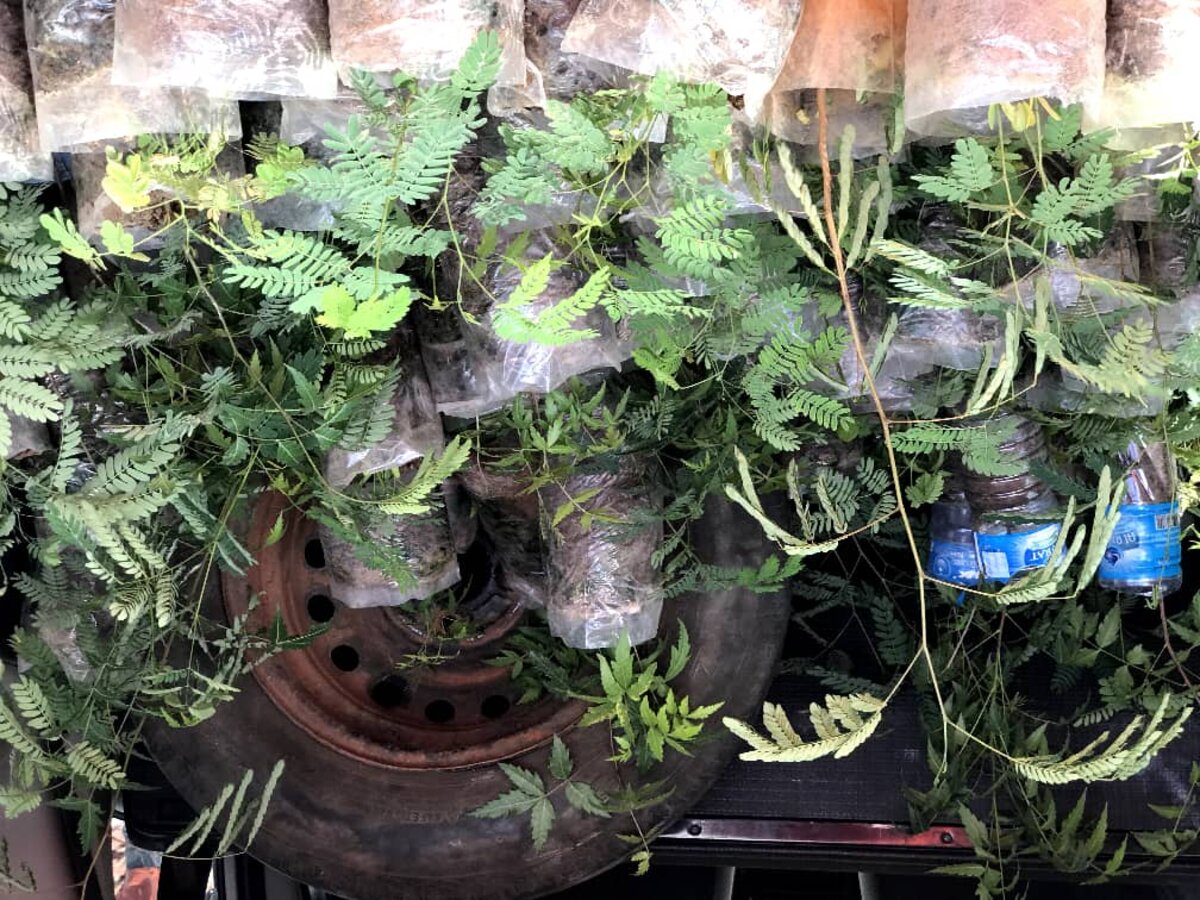 “In 2018, I started distributing 1,000 trees in different parts around Puntland; and I also got sponsorship from the Galkayo Medical Center, a local private hospital, which helped us to distribute trees to areas in the Mudug region of Puntland. So the next year we launched a campaign called ‘One house and one tree,’ supported by the Puntland Ministry of Environment and local government , and in which 1,000 trees were sent to remote districts and villages in Puntland, namely Buhodle, Lasanod, Bosaso, and Qaw,” Ms. Dirie said.

Her path to environmental activism was an accidental one. Ms. Dirie was born, raised and educated in the capital, Mogadishu, but fled her hometown for abroad when civil war broke out in 1990.

She ended up in the United Kingdom, where she spent the next 17 years in London working as a community development advisor and trainer.

In 2004, Ms. Dirie decided to return to Somalia to give back to her community, albeit from Puntland’s capital, Garowe.

“Initially, I had planned to support a local organization called ASAL that empowers youth through education and culture. While working with this organization, along with a group of diaspora youth, I toured several towns across Puntland with the aim of showing them the country, and where their parents came from,” she recalls.

“During my tour,” she continues, “I saw how Puntland’s environment was devastated, how the whole landscape seemed deserted with no trees and orchards. It affected me enough that I decided to shift my attention to efforts to preserve our environment.”

“It took us six months to fully understand the Puntland soil. I consulted soil experts. In Puntland, the water is moderately saline and it is hard for the plants to absorb water from soil. Therefore, growth is slowed,” Ms. Dirie says. “But we came up with ways to mix different sands and use freshwater, which finally made us successful.”

The memory of a different Mogadishu was never far from her mind, with recollections of it being one of the cleanest and greenest cities in Africa.

“There had been government-implemented programmes to make the city clean. In fact, environmental protection and keeping the city clean were mandatory measures. When I came back to Somalia, and especially in Puntland, I saw a different world: one with trash everywhere; empty bottles, empty cans, empty plastic bags, napkins and sewage – you name it,” Ms. Dirie says. “In addition, effective and proper waste disposal methods were not in place. It was hard to believe but people were just opening their homes’ doors and throwing rubbish out in front of their houses. Empty cans and bottles were being thrown from moving vehicles on to the streets.”

Ms. Dirie’s success in 2018 led her to start a project, called ‘Greening the Home,’ the following year. It involved the distribution of another 1,000 trees to Galkayo and Bursalax in the Mudug region. She also spearheaded a project to plant trees at Garowe’s General Mohamed Abshir Airport and other locations around the city. 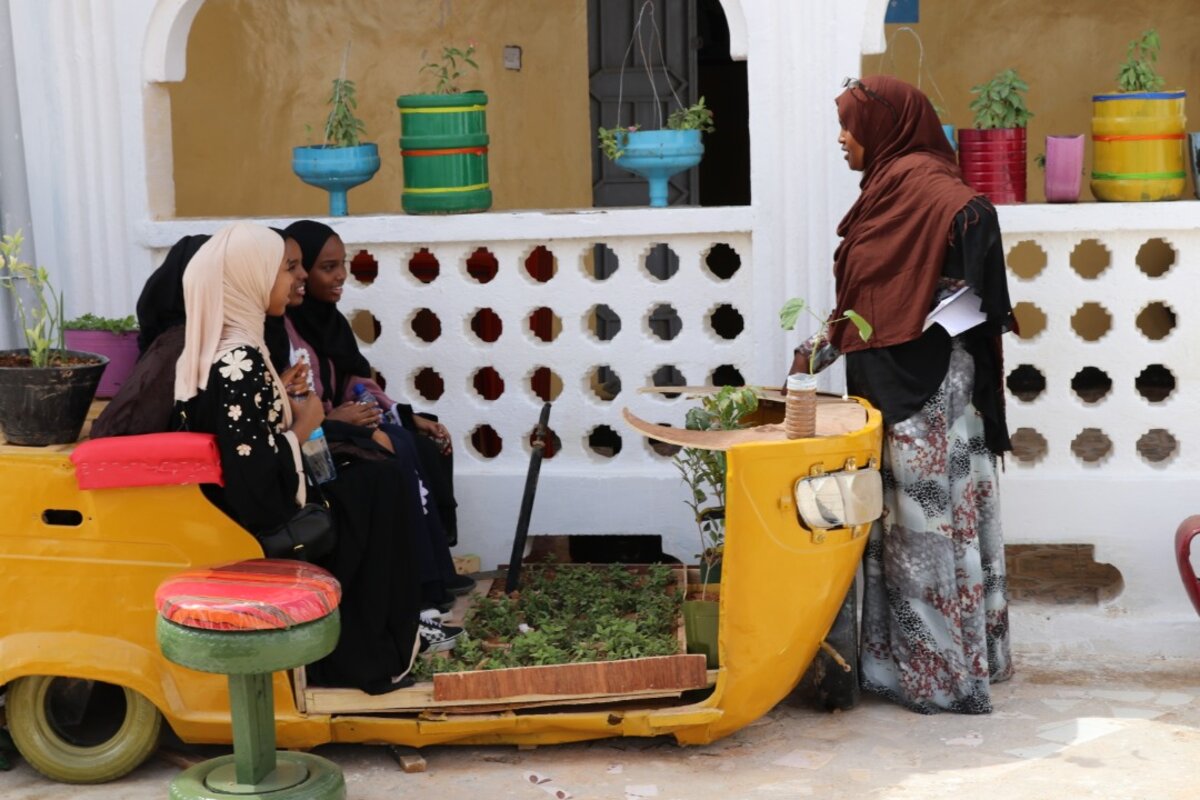 “People frequently asked me to send trees to their respective areas; so, despite minimal media promotion, my initiative started gradually succeeding,” she says, noting that she stays up-to-date on best practices by taking online tutorials and courses on nursery techniques – often sent to her by family members and friends.

Currently, Ms. Dirie is involved in a project to grow plants in discarded household items.

“I collect tins and empty plastic bottles. I paint them and plant tree seeds inside them. After a couple of months, my house is full of trees and becomes very green. I did the same with used and abandoned tires, painting them and planting in them,” she says. “People have been surprised and like them – I distributed samples to several people and companies, and have received requests for more.” 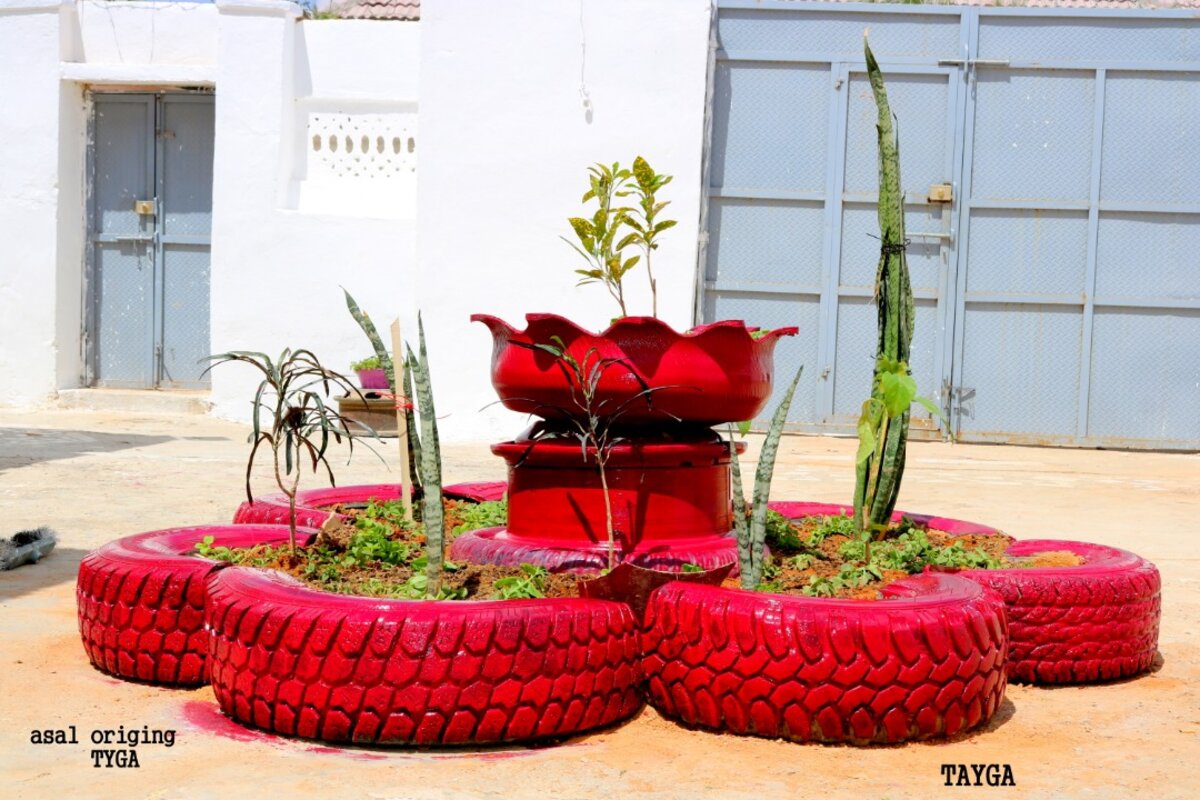 Another part of Ms. Dirie’s mission is to show Somalis the benefits of recycling rubbish and greening their environments. With partners, she has conducted extensive local campaigns urging people to stop using plastic products, and proudly note that some businesses have started using eco-friendly products, like re-usable polypropylene bags. 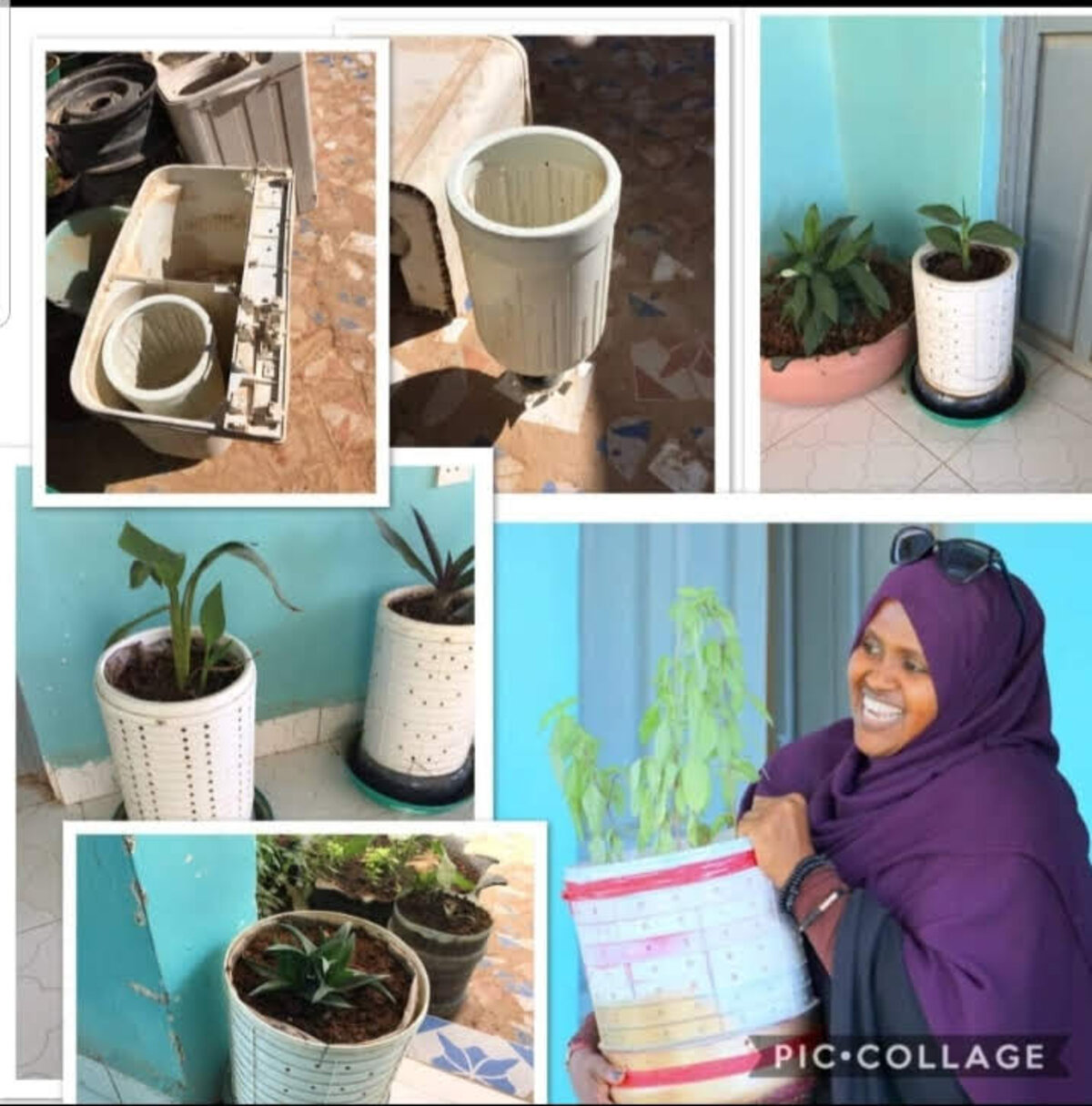 “I have come up with an idea and laid the basis of a cafeteria called HIGLO in the centre of Garowe, where we put in place eco-friendly equipment rather than using plastic materials, and we also ban customers from food packaging plastic bags. And that’s in addition to serving only fresh and locally-produced food and vegetables,” she says.

The United Nations has been warning of the damage being inflicted around the world on the natural environment by unsustainable practices, and has encouraged everyone to also stop using plastic products which are designed just to be thrown away, such as plastic bottles and certain kinds of plastic bags.

In particular, the UN Environment Programme (UNEP) has warned that action to reduce pollution, improve resource efficiency and better protect the environment must urgently increase in scale and speed in order for the world to ensure the sustainability of our planet and achieve the Sustainable Development Goals, a set of agreed targets to put an end to extreme poverty, inequality and address environmental challenges by 2030.

In his message for World Environment Day this year, UN Secretary-General Antonio Guterres, said the entire global community needed to change course given that past behaviour had led to accelerating habitat degradation and biodiversity loss; climate disruption was getting worse; and, fires, floods, droughts and superstorms were more frequent and damaging.